If you or your child are just starting to think about their higher education and their ultimate path forward in their professional life, you’re on the right track. There are a number of careers that really pay off very well in this day and age if you are willing to put in the time and effort required to be one of the best in the field. Most of these careers require a higher education, a bachelor’s degree is a must in all of the examples we’ll discuss here. Some careers will require more though, be it a Master’s Degree, a PhD, or even Postdoctorate work in extreme cases.

This isn’t going to be a short path in any case. A bachelor’s degree alone will take 4 years of your hard earned time, and obviously higher level degrees can take significantly more. Put some careful thought into the path you choose before you start your journey. If you make the right choice and stick with it, it’s much more likely to pay off in the long run.

Now, we have quite the network here at NJB Professional, so we’re constantly tapped into the trends of industries across the nation and the world. Let’s get into which professions we’re hearing are paying off big time in 2019.

Engineering is pretty much always a great way to go in terms of a stable and lucrative career. These days though, the engineers who are bringing home the biggest paychecks, who are in the highest demand, and who are literally being fought for by the largest companies in the world are indeed software engineers. It’s easy to see why. Go ahead and just name some of the most influential companies in the world today. Who comes to mind? I’ll go first – Amazon, Facebook, Apple, Uber, you get the drift. What do all of these companies have in common? They have a huge need for software developers. And not just any software developers, these companies are constantly on the lookout for the best in the business. You guessed it, they’re more than willing to fork over insane salaries to get the talent that their organizations thrive on.

The healthcare industry has just been absolutely exploding for the past several decades, and we don’t see that changing any time soon. People want to live! And their willing to do just about anything to do so. The level of understanding of how diseases occur is increasing at a rapid rate thanks to researchers around the world, and they’re taking home quite a large paycheck thanks to it. Personalized medicine is changing the way we think about diseases, and treatments for all different types of cancers and auto immune diseases are finally starting to seem like they are in reach. A lot of these positions will require higher levels of education though, so make sure its something you want to get into and that you’re happy with the path that will be required before you make the leap.

Money still makes the world go round, and the finance giants still need talented individuals to man the ships. This is probably one of the most competitive and cutthroat career paths out there, so it’s certainly not for the faint of heart. The good news is that while you’re going to need a Master’s degree, you won’t need more than that. The bad news? For it to really be worth it you’re going to need that degree from one of the best schools out there. Degrees from lesser colleges or universities simply aren’t going to give you what it takes to compete with the big fish. Then of course comes the actual career part. You’re going to have to work incredibly long, tiring hours that really turn into long, tiring weeks, and ultimately long, tiring years. It will pay off though, as this is probably the highest paying of the careers we’ve discussed by a long shot.

So, the world is at your fingertips. What are you going to make of it? It’s up to you, so make sure to choose wisely. Then go out there and get after it!

Jobs To Fit The Lifestyle

What’s The Deal With Cryptocurrency?

You Run The Show 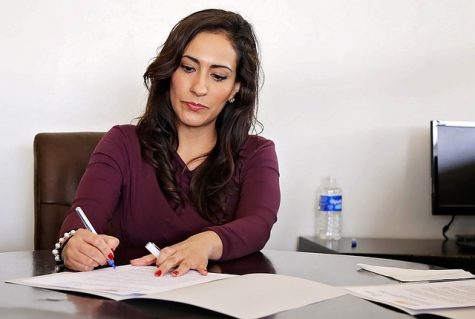